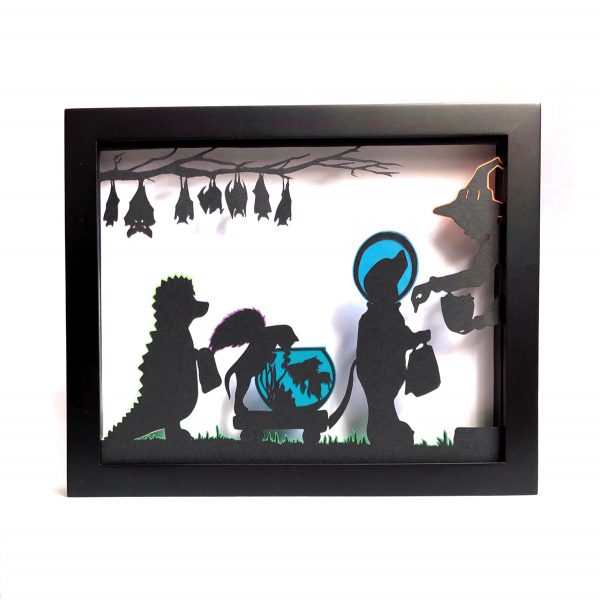 Dogs in costume is the best part of Halloween

but also, the candy is awesome:)

Lucky, however, is wondering about the accuracy of his name and why he didn’t really think through this whole ‘leave the safety of the counter top’ excursion. It did sound like a thrilling adventure at the time…

Chance the Cat is really appreciating his name right now, because what are the chances of a goldfish just landing in your path? and people keep mistaking these bat wings as angel wings, so he’s really getting away with quite a bit of mischief tonight.

Binging up the tail is Jasper, who does agree that this T-Rex costume is simply adorable on him, though the arm length leaves a bit to be desired.  Plus this cat angel in front of him keeps stealing candy from his bag and he can’t do a thing about it!

8×10″ handcut from a single sheet of paper, with color accents in orange, green, and blue.

There are no reviews yet.